The Agricultural Research for Development (AR4D) community in Africa mourns the untimely death of Dr. Jean Ndikumana, who passed on Thursday December 5, 2019 in Nairobi, Kenya.Dr. Ndikumana’s remains will be buried at his home in Burundi on Friday December 13th. His body is currently at the Lee Funeral Home in Nairobi and due to be expatriated on Wednesday December 11th.

Born in June 21, 1953, Dr. Nkikumana was married to Anne Ndikumana with whom he has four children. He was a plant breeder with close to four decades of experience as a scientist, research manager and lecturer after accomplishing his studies for attainment of a BSc, MSc and PhD degrees respectively. His research covered root and tuber crops agronomy and breeding, forage agronomy, forage breeding, range management and animal nutrition. He was deeply involved in collaborative research and capacity building to strengthen National Agricultural Research Systems (NARS) and Universities in sub-Saharan Africa.

Dr. Ndikumana joined ASARECA fully as the Programme Manager for the Livestock and Fisheries Programme in March 2009. In 2014, he was appointed ASARECA’s Theme Leader for the Sustainable Agriculture, Food Security and Nutrition Research Theme. His responsibility was to lead the Programmes constituting the theme including (Staple Crops, High Value Non-Staple Crops, Agro-biodiversity and Biotechnology and Livestock and Fisheries Programme). He retired from ASARECA in May 2015.

Prior to joining ASARECA, Jean was a Senior Scientist and Coordinator of the African Feed Resources Network (AFRNET) at the International Livestock Centre for Africa (ILCA 1992). ILCA merged with the International Laboratories for Research on Animal Diseases (ILRAD) in 1995 to become the International Livestock Research Institute (ILRI). AFRNET was a Pan-African Collaborative Research Network in the area of feed resources development and strengthening the capacity of the National Agricultural Research Systems (NARS) institutions to conduct research on Feed Resources. This Network was run in collaboration with ILRI and ASARECA.

From March 1996 to February 2009, Dr. Ndikumana was employed by ILRI as Senior Scientist and Coordinator of the ASARECA Animal Agriculture Research Network (A-AARNET) and leader of the ILRI-West African Agricultural Research for Development (CORAF/WECARD) collaborative research activities as coordinator of the A-AARNET and leader of the CORAF-WECARD/ILRI collaborative research programme. As A-AARNET coordinator, his responsibilities included, assisting the national agricultural research systems to design all aspects of livestock research. 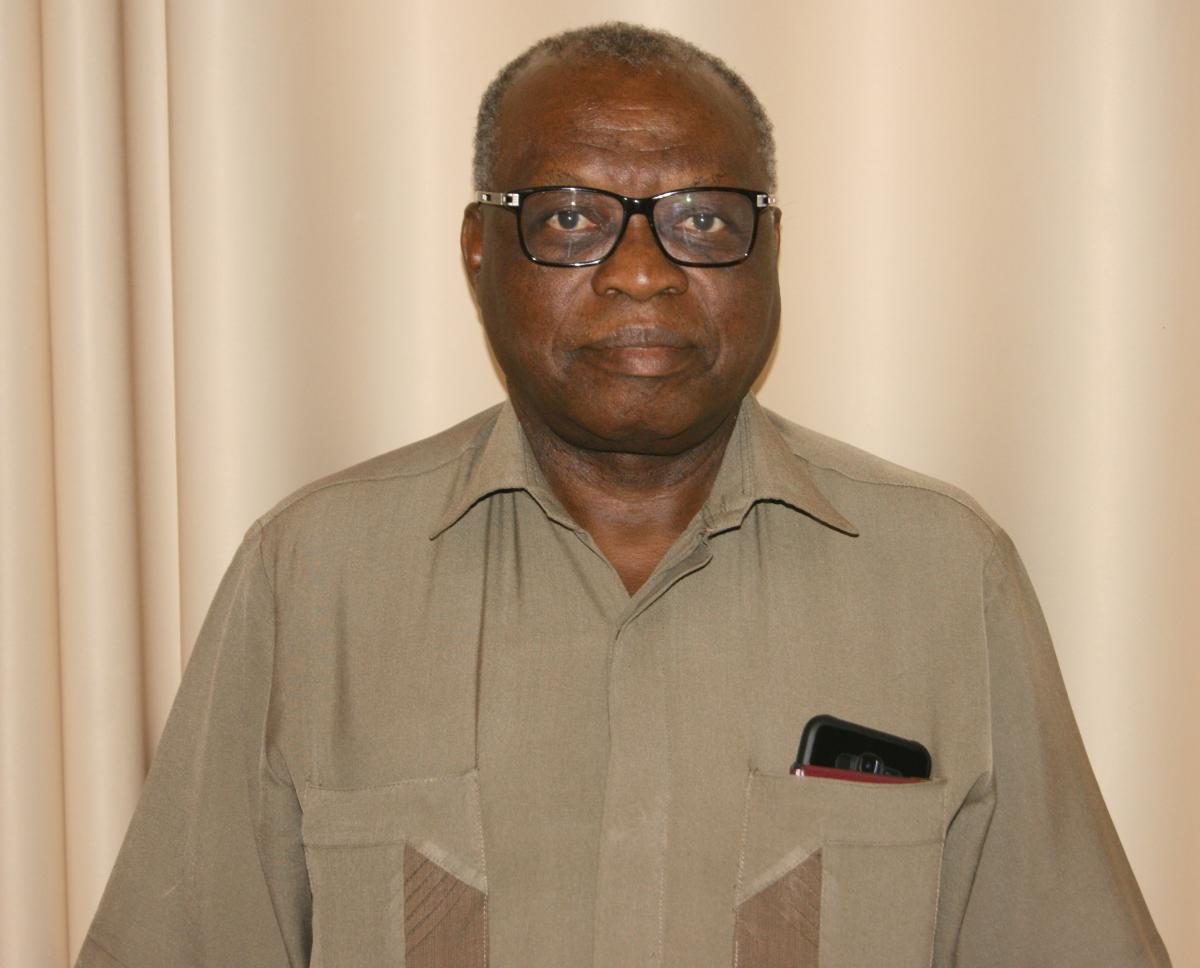 Dr. Ndikumana has gone to rest after close to four decades of adding value to African Agriculture

Dr. Ndikumana spearheaded the establishment of A-AARNET under the guidance of the ASARECA Committee of Directors and of ILRI. He led the consultations for priority setting and programme development for the network at its inception in 1996, and again led the development of the A-AARNET priority setting and the 2005-2015 strategy development. He was subsequently appointed to lead the implementation of the Network, hence attracting EU support of (Euro2.4million) within the framework of the EU programme support to ASARECA. He also secured funding from the African Development Bank to the tune of US$ 1.5million.

Some of the key interventions under his watch included ILRI/NARS collaborative research projects such as: The IDRC funded AFRNET phase I project(USD 300,000); the USAID funded crisis mitigation in livestock systems project (US D 1.2million);  the A-AARNET funded Regional Support to A-AARNET (USD 3.75million); the CORAF/ILRI collaborative Research for Livestock Development in West and Central Africa project  (USD350,000); and the African Development Bank funded Livestock Early Warning and Crisis Management System in the Arid and Semi-arid lands of Kenya (USD 1.5 million) among others. Overall, he secured over USD 10million for the networks.

Following his retirement from ASARECA in 2015, Dr. Ndikumana focused his attention on managing his hotel business in Mwanza, but occasionally took time off to undertake consultancies. As a consultant, he served as a lead or team member on several national, sub-regional and continental studies for development partners including the World Bank and other UN agencies, research and development institutions, International NGOs, the African Union Commission, Regional Economic Communities and donors.

One of the most recent major contributions he made to his country, Burundi, was in 2017 when he was lead International Consultant working with the Burundi delegation in the preparation of the Burundi component of  the World Bank funded “East and Central Africa Agricultural Transformation Project – ECAATP, the second phase of the East Africa Agricultural Productivity Programme (EAAPP). The project, yet to be approved, covers seven countries including Burundi, DR Congo, Congo Brazzaville, Kenya, Rwanda, Tanzania and Uganda.

Dr. Ndikumana (right) makes contributions of behalf of the Government of Burundi during the formulation of ECAATP in Nakuru, Kenya

In 2013, Dr. Ndikumana was member of the High Level Advisory Panel (HLAP) appointed by East African Community Secretariat to supervise the preparation of the International Symposium to mark 50 years of Independence of the five ECA Partner States under the theme of “EAC Partner States at 50 Years. Agriculture Development: Lessons from the past 50 Years and Prospects for the next 50 Years”. During the symposium, he co-authored and presented a key notepaper on “Value addition for income and employment through post-harvest management and agro-processing”. Recommendations (and Action Plans) from the symposium were submitted to the 2013 Heads of State Summit – and portrayed the face of the Regional Agricultural Sector for the next 50 Years and submitted an Action Plan for the transformation of the sector as the cornerstone for the Regional Development. He was invited to present several keynote papers of this kind at high level gatherings.  In 2007, for example, he was invited to the Lisbon Conference on Global Monitoring for Environment and Security (GMES) in preparation of the AU /EU summit and he delivered a keynote paper on Potential use of GMES for Rangeland Monitoring in Sub-Saharan Africa.

From April 2017, Dr. Ndikumana undertook several consultancies as a technical expert retained by Emerge Centre for Innovations-Africa (ECI-Africa). During this period he was a senior member of teams that undertook studies aimed at improving the institutional setting in Africa for Agricultural Research and Development. These studies include the Institutional Analysis of the Science for Agriculture Consortium (S4AC) aimed at providing an institutional mechanism for collective action towards operationalizing the Science Agenda for Agriculture (S3A) by the founding partners namely FARA, AFAAS, ASARECA, CCARDESA, CORAF-WECARD and NASRO; a stock-take of investments made by USAID in Eastern and Southern Africa over a 12 year period; and an intervention to improve seed trade in eastern and southern Africa.

From August 1, 2019 Dr Ndikumana joined ECI-Africa on full-time basis and moved to Nairobi. The plan was to help create a powerful team of African experts to serve a major gap in the continent’s agriculture agenda – where expatriates not adequately knowledgeable about the continent’s context are the ones making recommendations on how the continent’s agricultural transformation should be engineered. At the time of his death Dr. Ndikumana was helping develop a project aimed at facilitating peer-to-peer learning by African ministers responsible for agriculture and finance on how to speed up agricultural transformation. He left us just as he was starting the second phase of his career!

Dr. Ndikumana has published 8 books and more than 40 scientific papers both in English and French languages during his 38 years of scientific career.

He was a member of the Steering Committees of a number of regional scientific initiatives in Eastern and Central Africa. These include: The Eco-regional Consortia; African Highlands Initiative (AHI); the ASARECA Technology Transfer Project;  GL-CRSP Livestock Early Warning Project in East and Central Africa; the Management Committee of the All Africa Society of Animal Production; the IITA led Alley Farming Network for Tropical Africa (AFNETA).

Dr. Ndikumana started his scientific career in 1977 as Co-coordinator of the Tanzania National Root and Tuber Crops Research Programme. In November 1981 he joined the Catholic University of Louvain-la Neuve Belgium for his PhD research programme on Forage Breeding and completed in December 1985 with a first class Honours.  During his PhD research, Dr. Ndikumana served as a tutorial assistant at the Tropical Agriculture Department of the Faculty of Agriculture, teaching Grass Taxonomy to MSc. students.

From February1986 to February1988, he was employed by the United Nations Development Programme (UNDP) as agropastoralist volunteer at the Regional Remote Sensing Centre in Ouagadougou, Burkina Faso. During this period, he was an expert in the use of remote sensing for planning and implementation of agricultural and range management projects. The Regional Remote Sensing Centre of Ouagadougou covered 15WestAfricancountries. He also taught Remote Sensing as a tool to improve range management and agricultural production, which saw him supervise a number of students doing their postgraduate diplomas. 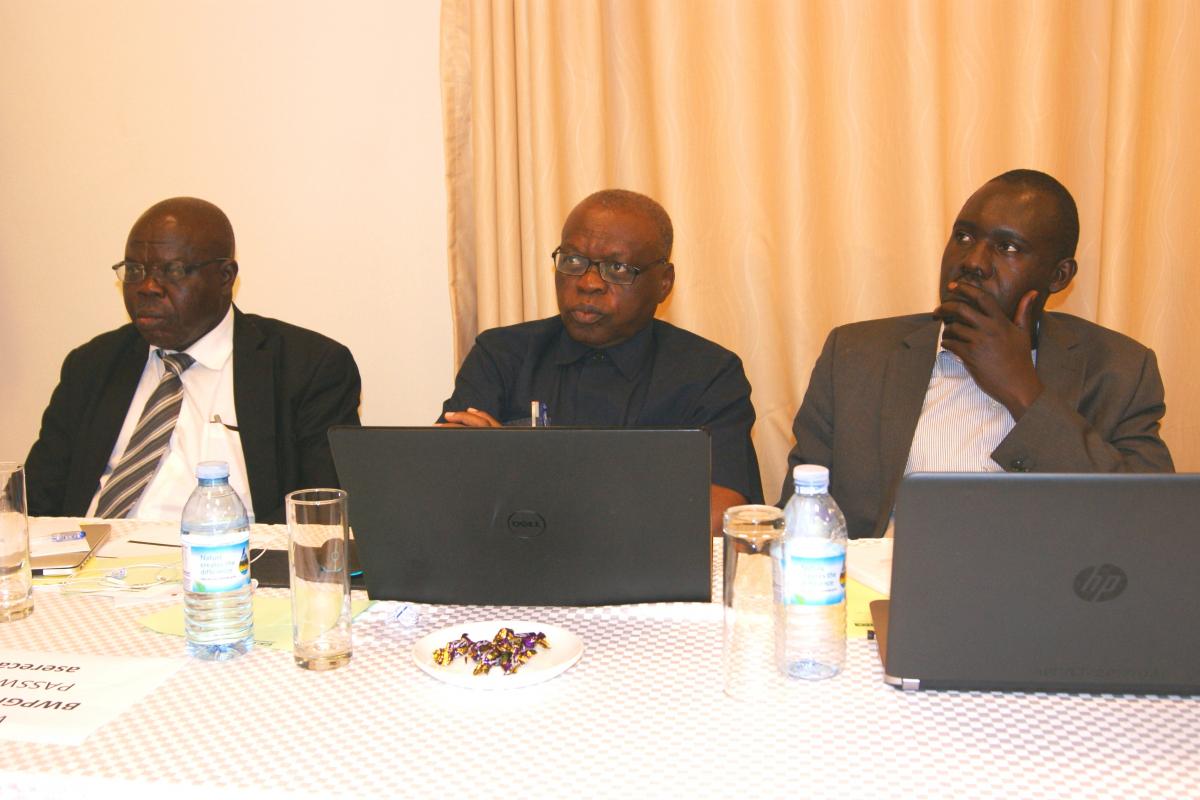 Dr. Ndikumana (centre) with colleagues during a meeting to profile technologies that the CGIAR are willing to share with the NARS

Dr. Ndikumana was appointed the Director General (DG) of the Burundi National Agricultural Research Institute (ISABU) in 1989, a position he held until 1992. During his tenure as the DG, Dr. Ndikumana attracted funding to the institution from a number of bilateral and multilateral donors including Belgium, France, the World Bank, USAID, European Union, UNDP and the Government of North Korea. He strengthened collaborative partnership with the CGIAR and advanced learning institutions, which enabled ISABU to enter collaborative research activities with CGIAR institutions such as CIP, CIMMYT, ICRAF, CIAT, ILRI, INIBAB, IBPGR and ICRISAT etc. He also developed collaborative initiatives between ISABU with advanced research institutions and universities such as CIRAD, the Catholic University of Louvain-la-Neuve; the Free University of Brussels; Gembloux Univeristy Belgium; Gent University Belgium; and the University of Arkansas in USA.

In 1990, Dr. Ndikumana was appointed Chairman of the Board of Directors of the University of Burundi, the only University in the country at the time.

He served his country as a member of the Boards of Directors of numerous institutions and authorities involved in promoting the socio-economic development of. They include: The Burundi Coffee Authority(OCIBU);the Burundi Tea  Authority (OTB);  the National Seed  Company (vice chairman); the National Fertilizers Service (vice chairman);the Permanent Commission for Export Promotion (vice chairman); the National Agency for the  Promotion of Export Products (APEE);   the  National Bureau for Standardization (vice chairman);the  Burundi National Council for Science and Technology; the Inter-ministerial Committee for the promotion  of Remote Sensing  and  the  National Committee for  Early Warning, the regional Greater Lakes Institute for Agricultural and Livestock Research (IRAZ), among others.

Dr. Ndikumana has contributed to his country’s democratization process as well. As a member of the National Constitutional Commission and the National Electoral Commission (1990 to 1992), Dr. Ndikumana helped Burundi to launch the democratization process through participation in the drafting the country's Constitution, which was approved by referendum on 9th March 1992.

Dr. Ndikumana will surely be missed, but his contribution to the growth and development of agriculture in Africa will never be forgotten.