Is a hunger pandemic looming beyond the COVID-19 Pandemic?

The United Nations World Food Program has warned that the number of severely food insecure people could more than double in the next three months, because of the socio-economic effects of the COVID-19 pandemic.

According to WFP's recent virtual press briefing, currently 20 million people do not have secure provisions of food across nine countries in the region: Burundi, Djibouti, Ethiopia, Eritrea, Kenya, Rwanda, Somalia, Tanzania and Uganda. Loss of income and jobs is further reducing people’s ability to buy food and compensate farmers for their production.

"WFP projections are currently that the number of food-insecure people in the region is likely to increase to 34 or up to 43 million during the next three months due to the socioeconomic impact of COVID-19," WFP spokeswoman Elisabeth Byrs told journalists in a virtual briefing.

In the worst-case scenario, "food insecurity will have more than doubled", she stressed, adding that nearly half of the projected 43 million people affected were expected to be acutely food insecure.

Many countries in the region have placed measures to ensure that agriculture is safely running as an essential business with markets adequately supplied in affordable and nutritious food, and consumers still able to access and purchase food despite movement restrictions and income losses.

This warning by the WFP, comes at a time when many countries in East Africa are facing other challenges posing a threat to food security like the locust invasion that has destroyed thousands of hectares of food and pasture, floods that have ruined farms and forced smallholder farmers to relocate and insecurities due to ongoing clashes and militant groups. 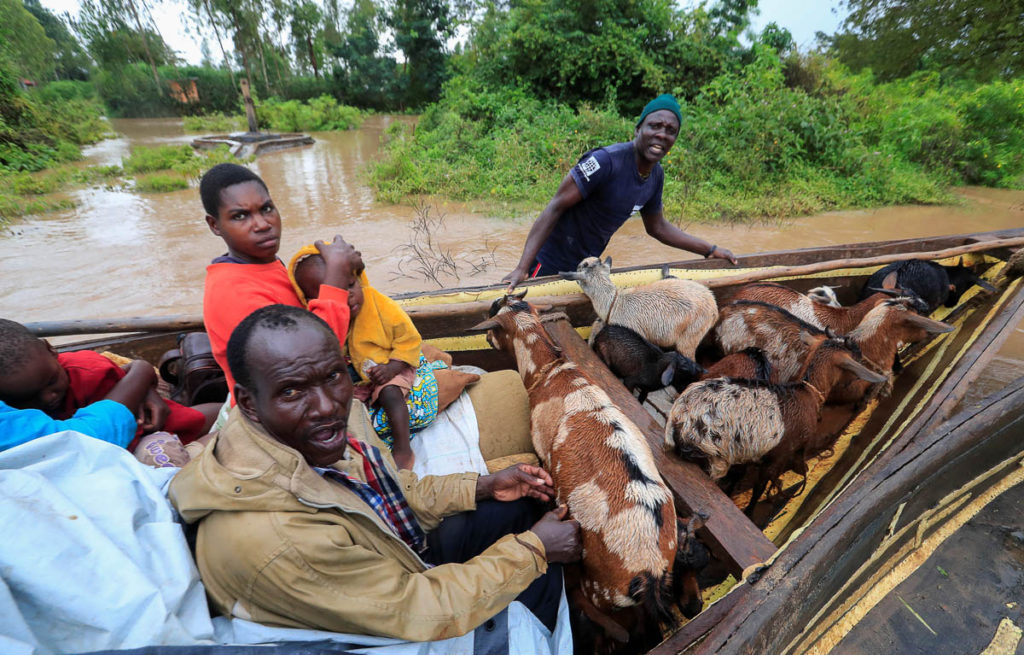 In response some governments have acknowledged the dire effects that the ongoing pandemic has on the economy and food security. However, Kenya for instance has assured the citizens that there is enough food in the country to cater to everyone..

“There is enough food in the country notwithstanding the challenges brought about by the COVID-19 pandemic,” Kenya  Agriculture Cabinet Secretary Peter Munya told journalists.

He added that “this food security of the country should not be quantified on the amount of food in government stores but the availability of food in the entire country.”

Despite the World Bank joining other organizations and countries in calling for collective action to keep food trade flowing, many African countries in the eastern and central region have been classified by the World Bank as a hotspot for a potential hunger pandemic.

These food insecurity hotspots include;

Agriculture now more than ever needs attention, investment and monitoring to enable food supply chains to remain operational during and post COVID-19. Increased efforts are needed to ensure that food value chains function well and promote the production and availability of diversified, safe and nutritious food for all.

ASARECA is calling upon all countries and partners for collective action to ensure that markets are well-functioning, and that timely and reliable information is available to all.

To prevent future outbreaks and risks to the food systems, continued attention must be given to the resilience of agricultural systems in the region, noting the interconnection of countries, economies, trade markets and policies.

A holistic approach to cushioning the agricultural sector against threats like the locust invasion,predictable floods and famine and future pandemics is needed to safeguard the economies of the already fragile nations.